With so many beautiful things around us, a cycle, walk or train journey down can help you find hidden gems that will soon become new favourites.

The guided busway connects Huntingdon and St Ives to Cambridge, travelling through South Cambridgeshire. It’s a speedy choice, with much of the journey off-road. You can purchase an individual dayrider ticket or a family dayrider. Please see the latest prices on the busway website.

The busway has stops in Histon, Oakington, Longstanton, Swavesey and Fen Drayton. The 915 bus connects the guided busway to Melbourn, Foxton and Harston. 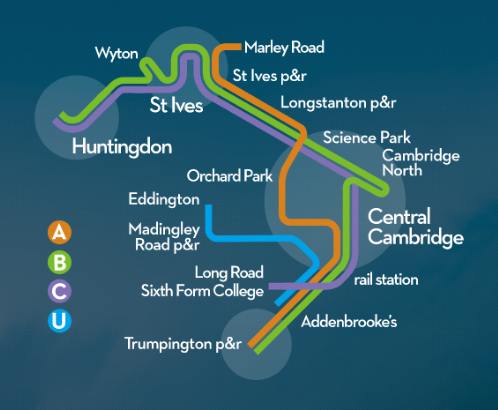 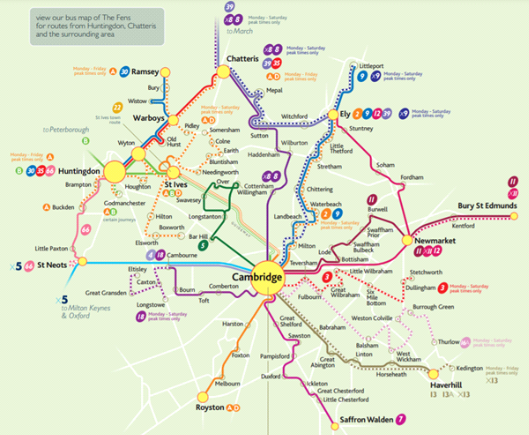 Cambridge city is ringed by five Park and Ride sites. The fare is around £3 return to the city centre, and up to three children under 16 go free with each fare paying passenger. 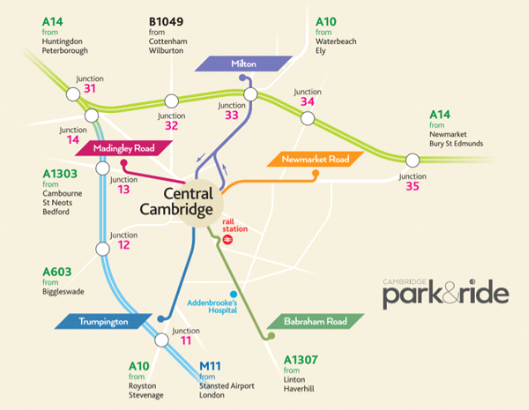 South Cambridgeshire is ideal for cycling, being mainly flat. However there are some excellent challenges for more experienced cyclists, such as Chapel Hill between Barrington and Haslingfield, and the Gog Magog Hills near Shelford.

We have miles of footpaths and over 100 villages to explore. South Cambridgeshire is a great place for walkers, whether you like riverside, hills, countryside or history. We have some ancient long distance paths such as Fleam Dyke, Harcamlow Way and the Icknield Way. For those wanting a gentler stroll we have some lovely parks and green spaces available.

South Cambridgeshire is easy to explore by rail, we have train stations at:

The district of South Cambridgeshire completely surrounds Cambridge City and has a well-established road network.

South Cambridgeshire is very accessible by public transport but if you need to hire a car for a day or two, we have the following options:

There are plenty of taxi services available for getting around South Cambs. You can search for local taxi companies on Yell.com or other business search sites.